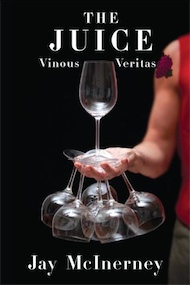 Most of these essays were written for my new gig at the Wall Street Journal, which began in April of 2010. Fortunately I get more words at the Journal than I did at House and Garden and I really like the new length. I also included some very long pieces including an article I wrote about the late great restaurant El Bulli for Vanity Fair and an essay about my great friend and traveling companion Lora Zarubin, the former food editor of House and Garden, who had a lot to do with shaping and channeling my passions for food and wine.

A Hedonist in the Cellar: Adventures in Wine 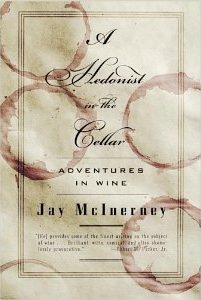 My second collection of columns, this one published by Knopf, ranges from Old World to New World, but it shows a shift in my tastes, I think, toward more subtle wines, and an increasing interest in Pinot noir and Riesling, as opposed to Cabernet and Chardonnay. I like to think the tone of this book still reflects the enthusiasm and innocence of a passionate amateur, but there’s no question that I’m more confident and knowledgeable after almost a decade of writing about wine.

Bacchus and Me: Adventures in the Wine Cellar 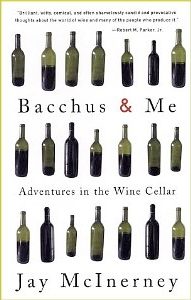 I’d been writing a wine column for House and Garden for about four years when I was approached by an editor from Lyons Press who asked if I’d consider collecting the essays for a book. I thought what the hell, at the least it will make a nice housewarming gift. Knopf, my regular publisher, happily gave permission, not wanting to bother with it, but the book ending selling about forty thousand in hardcover. Most of these were written in the mid to late nineties, a real golden age in Napa and Sonoma, when winemaker Helen Turley was changing the landscape. Napa cult cabs were the rage. But there are bulletins from France, Italy and elsewhere here.