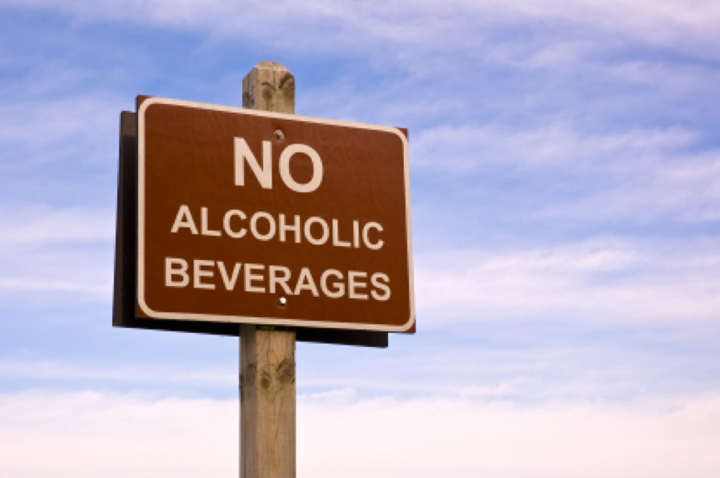 More of my friends seemed distressed than impressed when I quit drinking for August. The feeling seemed to be that I was letting the team down at the height of the season. “Why the hell would you pick August of all months,” asked one friend. The answer is that toward the end of July I realized I was entering a crucial period in the composition of the novel I was working on, closing in on the end of the first draft. When I looked at the calendar it was all cluttered up with cocktail parties and clambakes and semi formal dinners for a hundred in Southampton. August in the Hamptons is not for the shy and retiring. I didn’t want to offend my friends by skipping all of these events but neither did I necessarily want to wake up every morning with what the French euphemistically refer to as a wooden head. Memories of Augusts past, fuzzy as they were, suggested that my productivity would not be peaking. So I took the pledge. And I can genuinely say, 1. That I’m glad I did and 2. I have new respect for my sober friends and 3. Thank God it’s September.

Days were good; nights long. Cocktail parties, by definition, are much less tolerable without alcohol, that greatest of social lubricants, solvent of self-consciousness, which loosens tongues and inhibitions. And allows one to suffer fools gladly. Sobriety makes it harder to feign interest in inane banter. It also makes one eager to sit down to dinner and get on with it. I thought I’d lose weight but I think if anything I gained because I ended up eating everything in sight, including desert, a course I normally shun. But the days were productive and the memory of the day’s work sustained me at night. I did take two holidays, having in both cases sold my services for charity to host a wine dinner. I was grateful for these interludes.

I had a rather touching moment at a big Hamptons dinner party when I was explaining to my host that I wasn’t drinking. A famous writer overheard part of the conversation and rushed over, clasping my by the hand. “Hey, Jay, I feel what you’re going through. I’m seventeen years sober. If you ever need to talk, just call me, any time. I’m here for you.” I was genuinely touched and didn’t have the heart to tell the man, whom I’ve known for twenty five years, that I was just taking the month off, that I would leaping off the wagon in a few more days. Though it’s good to know that if I need help some day, it would appear to be out there.

Among the books I was reading at the time, dipping in and out of five or six, was The Trip to Echo Springs: Why Writer’s Drink, by Olivia Laing, which, thank God, never reductively answers the question but thoughtfully explores it through an examination of the lives and careers of Tennessee Williams, John Cheever and Raymond Carver among others. Carver, to whom I became very close in the years after I followed him to Syracuse, was sober by the time I met him and liked to say that writers were no more prone to alcoholism than plumbers or carpenters, citing his experience in AA. I think this belief was a reflection of Carver’s deep humility, of his refusal to see himself as a special case and of his deep identification with the working class. I see it slightly differently—there may or may not be a psychological correlation between thirst and the literary enterprise but there is certainly a cult of Drinking writers, a folk tradition which associates literary genius with Dionysian excess, with the pursuit of altered consciousness—a notion which you can trace from Hemingway through Ginsberg and Bukowski down to Tao Lin’s new novel Taipei, which I was also reading in August.

Thousands of MFA students from Stanford to Iowa have drunkenly quoted Blake’s maxim, “The road of excess leads to the Palace of Wisdom,” as they ordered another round. As a young writer I was possessed of the misguided faith that if I drank enough and did enough drugs I might become as accomplished as the writers I admired—Hemingway, Fitzgerald, Joyce, Carver, Cheever—being too callow to consider the possibility that their great literary monuments were produced in spite of, rather than because of, their addictions.

Tao Lin’s protagonist in Taipei is usually deranged on some combination of legal and illegal pharmaceuticals, and his perception—and the prose—reflects a kind of druggy, hyperconscious attention to the minutiae of daily existence, the complicated mechanics of moving across a crowded room for instance, which struck me as original even as it occasionally reminded me of Bret Easton Ellis, who is name-checked in Taipei’s pages, although the fact that sex doesn’t seem to occur until page 134 makes it terrifyingly clear that we’re not reading Ellis. Taipei is ultimately more conventional than it at first appears, its glacial affectlessness eventually thawing, allowing a glimmer of something like human emotion to appear unexpectedly.

The fact that I’d just finished Adele Waldman’s The Love Affairs of Nathaniel P. made it tempting to posit a new genre, the Brooklyn Literary Bildungsroman. Both books have Brooklyn based twenty something male protagonists pursuing literary careers and love, although pursuing is perhaps too active a verb for Tao Lin’s main character. Waldman’s protagonist, Nate, is far more ambitious and sexually aggressive than Paul, more inclined to drink than to pop pills, and her book is especially intriguing in part because of how well she writes from the male point of view. Here’s just one gem of genre parsing from the novel: “As a rule, men want a reason to end a relationship, while women want a reason to keep it going….That’s why after the fact men look to all the things that were wrong with the relationship, to confirm the rightness of ending it. Women on the other hand, go back and search for what might have been different, what might have made it work.”

I tweeted about the book and subsequently got a request to do a Q and A with Waldman at Barnes and Noble on 86th Street a couple of weeks ago. In response to a question from the audience she said it had taken her four and a half years to complete the book. I hope it won’t take nearly as long to finish the next.

After the event I repaired to CookShop and split a bottle of Condrieu with a friend. Cheers.