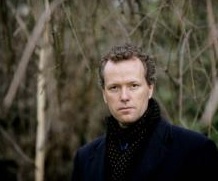 My two New Year’s resolutions are: to do more fly fishing, and to read more Edward St. Aubyn. I’ve been aware of his work for a long time; Donna Tartt is among quite a few readers I admire who have urged it on me. I finally got around to reading the Patrick Melrose novels over the holiday and I was blown away. I was also thinking about Truman Capote around the same time since I’ve accepted an assignment to write an introduction to Breakfast at Tiffany’s for the Folio Society. Not that that novel has much in common with St. Aubyn’s work. But Capote’s often announced, long-awaited and never completed final novel, Answered Prayers, was supposed to be a big panoramic satire about the beau monde, about postwar high society, that conglomerate tribe composed of pedigreed Americans, Hollywood celebrities and various species of arrivistes possessed of money or beauty or even wit (a la Capote), presided over by the European aristocracy, who embody the idea of privileged exclusivity. It’s a strata of society seldom examined in serious fiction, as opposed to pop fiction, for a variety of reasons, not least the difficulty of access.

Capote managed to corral this group into the Plaza hotel for his famous Black and White ball in 1966—for five hundred of his closest friends, he remarked at the time, a year after In Cold Blood had made him even more famous—but he wasn’t finally able to write about it. Not really. Drugs and alcohol didn’t help, nor did his ambivalent feelings about a world to which he so clearly wished to belong. The three alleged excerpts that were published over the years weren’t all that compelling and the last, “La Cote Basque” purveyed several scandalous anecdotes about his glamorous friends which led to his becoming something of a social pariah, a fact which seems to have caught him by surprise and further eroded whatever will he had to finish his big masterpiece. The book that was finally published posthumously, under the title Answered Prayers, was composed of the three controversial stories without connective material, although rumors of lost chapters abounded.

Unlike Capote, Edward St. Aubyn was born into the world about which he writes, the English aristocracy, his titled family having arrived in Cornwall with William the Conqueror; as such he belongs to a class you can’t choose to join, and that you can’t really be kicked out of. His view of his own tribe is utterly remorseless. His upper crust Brits are either stupid twits or nasty snobs. They would have looked down their noses at most of Capote’s guests. Patrick Melrose, the central figure of five novels, is a mean son of a bitch, though unlike most of his peers he is fiercely intelligent, and self-aware; he’s also the victim of a nasty childhood in which he is ignored by his alcoholic mother and raped by his father. This act is described in a scene in Never Mind, the first novel of the series, that is as masterful as it is harrowing. You find yourself not quite believing you are reading on and not able to look away. No glamorizing of the good old British aristocracy here. Patrick’s father is much admired by other aristos for so thoroughly embodying the virtues of their class, which include despising ambition and achievement. Indolent, stylish languor—spiced with cruel wit— is the highest plane of existence.

The second novel in the series, Bad News, takes place in New York in the eighties, where Patrick flies via Concorde to pick up his father’s ashes; as someone who feels proprietary about the drugged-out-in-New-York-in-the-80s genre, I feel well qualified to declare it a masterpiece. The 22-year-old Patrick has become a superhuman consumer of heroin, cocaine, speed, barbiturates and alcohol, and endures an epic forty eight hour binge in the city, which includes stops in the Mudd Club, the Lower East Side and the South Bronx, without ever losing consciousness, or the ashes of his fiend of a father. I was seriously curious about whether he was going to be able to get it up after bringing a girl back to the Pierre from the Mudd Club, but she pleaded nolo contendre before a verdict was reached.

In Some Hope, the third novel in the series, we find a contemplative Patrick sober at the age of thirty: “In the eight years since his father’s death, Patrick’s youth had slipped away without being replaced by any signs of maturity, unless the tendency for sadness and exhaustion to eclipse hatred and insanity could be called ‘mature.’ The sense of multiplying alternatives and bifurcating paths, had been replaced by a quayside desolation, contemplating the long list of missed boats. He had been weaned from his drug addiction in several clinics, leaving promiscuity and party-going to solider on uncertainly, like troops who have lost their commander.” Incest aside, not much happens, plotwise, in these novels, the joys residing in the prose, and in the acidulous intelligence of the narrator. Some Hope takes place at a grand country house weekend, celebrating the birthday of its pompous titled proprietor, and includes an appearance by Princess Margaret as a fatuous, self-important dolt. The party-goers seem to be united in their witty disdain for each other. One of them, after informing her best friend that her husband is having an affair, advises her “’to go on the warpath,’ thinking this was the policy likely to yield the largest number of amusing anecdotes.”

After the fierce satire of Some Hope, it’s almost shocking to read the opening chapter of Mother’s Milk, with it’s uncanny rendition of birth from the point of view of the infant. “Towards the end he was desperate to get out, but he had imagined himself expanding back into the boundless ocean of his youth, not exiled in this harsh land. Perhaps he could revisit the ocean in his dreams, if it weren’t for the veil of violence that hung between him and the past.” It seems St. Aubyn’s gifts extend well beyond satire.

I’m now waiting for Fed Ex to deliver the latest installment of the Patrick Melrose saga, On the Edge, along with a new copy of Gerald Clarke’s biography of Capote, which I can’t seem to locate here among my bookshelves. I have a pretty good idea of which one I’m going to read first.